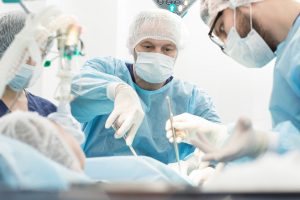 In this case, the claimant admitted that she did not serve notice within six months because she did not realize the hospital was a public entity. The claimant argued that filing the notice of intent to sue extended the deadline for her to apply for leave to present a late claim. However, the court held that the notice of intent to sue does not extend the time period set forth under the statute. The application for leave must be made within one year of the accrual of the claim, as required under the statute.

The claimant also argued that the cause of action had not yet accrued. The court explained that a cause of action accrues when the statute of limitations begins to run. In this case, the plaintiff was aware that she was injured on the day of the allegedly negligently performed surgery, and therefore, the cause of action accrued on that day. The court held that the claim accrued on February 17, 2017, and that the plaintiff did not file an application with the court within one year. If the claimant does not file the application within the required one year time period, the court does not have jurisdiction to grant relief to the claimant. Therefore, the court denied the appeal and dismissed the case.

The consequences of a medical error can be devastating both for a victim as well as their family members. If you have been injured and you believe a medical professional may be at fault, speak with a California medical malpractice attorney. The Neumann Law Group is dedicated to helping victims obtain financial compensation and holding others accountable for their actions. The Neumann Law Group provides comprehensive and trustworthy legal representation in a wide range of cases. Call us toll-free at 800-525-6386 or contact us through our online form to set up a free initial consultation.