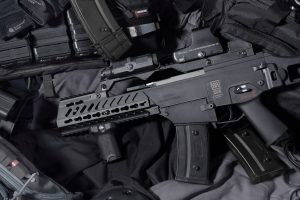 END_OF_DOCUMENT_TOKEN_TO_BE_REPLACED

Two people recently filed a California premises liability claim based on an alleged beating in the Dodger Stadium parking lot following a 2015 playoff game. The victim claims to have suffered a traumatic brain injury from the attack. The plaintiffs filed suit in L.A. Superior Court against the Dodgers and the two alleged attackers. The lawsuit claims negligence, negligent hiring, premises liability, intentional infliction of emotional distress, battery, assault, and loss of consortium. The victim’s wife claims she has lost the companionship and love of her husband since he was injured.According to court documents, the victim attended the first game of the National League Division Series on October 9, 2015 against the Mets. He is a Dodgers fan, but his cousin, also in attendance, is a Mets fan who wore a Mets hat.

The Mets won the game. The victim and his friends left the stadium at around 10 p.m. Outside, they were confronted by the assailants, who shouted vulgarities at the group. By the time the group reached the handicapped parking area, the assailants began to “brutally attack” him. One of them allegedly struck the victim in the head. Losing consciousness, he fell to the pavement. The assailants nonetheless began to kick the victim while he lay unconscious on the ground.

Despite that thousands of people were filing out of Dodger Stadium at the time of the attack, the lawsuit claims no security was present. Moreover, it took several minutes for the security to respond to the scene where the victim was attacked, even though it was very close to the stadium gates. The lawsuit alleges the Dodgers negligently failed to provide adequate lighting and security that could have prevented the attack.

END_OF_DOCUMENT_TOKEN_TO_BE_REPLACED

A Southern California man recently filed a lawsuit for negligence and assault against a Las Vegas hotel, claiming a mannequin inside his hotel room frightened him and caused him to suffer injuries while fleeing.The plaintiff filed the lawsuit against Planet Hollywood Resort and Casino in Clark County District Court. He is seeking over $10,000 in damages.

END_OF_DOCUMENT_TOKEN_TO_BE_REPLACED

A recent lawsuit filed in federal court in California claims officials should have prevented the death of  California inmate Hugo Pinell, who was killed just two weeks after being released into the general prison population last August. Pinell was revered by civil rights activists for his role in California’s prisoner rights movement of the 1960s.Born in Nicaragua, Pinell was convicted of rape at age 19 and sentenced to life in prison in 1965. Pinell had been in solitary confinement since a violent escape attempt from San Quentin in 1971, which left six dead, including three prison guards and Black Panther activist and inmate George Jackson. Pinell was deemed one of the “San Quentin Six” for slitting the throats of several guards during the botched attempt. After what was at the time the longest trial in California history, Pinell was given a third life sentence for his involvement in the incident.

END_OF_DOCUMENT_TOKEN_TO_BE_REPLACED

In 2014, University of Oklahoma senior Amelia Molitor was struck in the face by football star Joe Mixon in a campus cafe. Molitor, 22, filed suit for negligence this summer in the Northern District of California. (She was able to do so because Mixon is from California.) Mixon seeks to move the lawsuit to federal court in Oklahoma.Mixon punched Molitor in the face during an altercation, causing her to suffer fractured bones and necessitating her jaw to be wired shut. Mixon claims he acted in self-defense. He was suspended from the football team for a season following the altercation and charged criminally with misdemeanor assault. Pursuant to a plea deal, Mixon was placed on probation for one year and required to undergo counseling and complete 100 hours of community service. Mixon took an Alford plea, which means he could accept the deal while maintaining his innocence. He presumably took the Alford plea so that a guilty plea wouldn’t be used against him in the subsequent civil lawsuit.

END_OF_DOCUMENT_TOKEN_TO_BE_REPLACED

In a lawsuit filed on July 12 in Los Angeles Superior Court, Silicon Valley insider Shervin Pishevar was accused of mismanaging his latest startup, Hyperloop One, a company aiming to create a high-speed train.The lawsuit was filed by Brogan BamBrogan, who co-founded the Los Angeles-based startup with Pishevar in 2014, and three other former executives. He is suing Hyperloop One, Pishevar (the company’s executive chairman), and three others associated with the company. BamBrogan alleges that Hyperloop’s executives breached their fiduciary duty by placing their own interests above those of Hyperloop One. The causes of action include wrongful termination, breach of contract, defamation, intentional infliction of emotional distress, and assault.