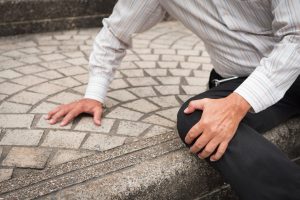 The property owner argued that primary assumption of risk applied because part of the plaintiff’s job included warning members of tours that the platform lacked guardrails and was dangerous. The court disagreed. The court held that the firefighter’s rule did not apply in this case. The plaintiff was not hired to manage the hazardous condition. The court explained that the plaintiff’s job was actually meant to ensure the safety of the residence during events. The court also held that the firefighter’s rule was inapplicable because the plaintiff was not hired to keep people from falling off the platform. Thus, the court held that the trial court improperly instructed the jury on the defense, and therefore, the court ordered a new trial.

If you or a loved one has been injured, the consequences to you and your family can be devastating. At the Neumann Law Group, we are dedicated to helping injury victims and their families to obtain financial compensation for the injuries they have sustained. The Neumann Law Group offers comprehensive legal representation in many types of personal injury cases, including California premises liability cases. We also represent accident victims who have been injured in motor vehicle accidents, pedestrian accidents, construction accidents, and other types of accidents. To learn more, call 800-525-6386 or contact us online to set up a free initial consultation.