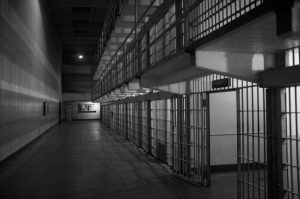 Although it has likely paid the most in sexual assault settlements, the Catholic Church is in no real threat of losing financial viability. The Boy Scouts of America is a different story. Chief Executive of the Boy Scouts of America, Michael Surbaugh, has publicly stated that the organization was exploring all possible options to address the growing liability from many of its volunteers using the organization as a means to prey on young boys, including Chapter 11 bankruptcy. If the organization chose this option, the survivors would likely not receive the full amounts of any settlements or judgments against the organization, as its debts would be reduced while it is restructured in accordance with the bankruptcy code.

Public schools, despite bringing a vigorous defense, are not exempt from the revival window or the treble damages provision either. A similar bill was vetoed by Governor Jerry Brown in 2018 because it excluded public institutions from the revival window. Despite partisan rancor and a campaign to keep public organizations exempt, the bill that took effect October 13, 2019, did not include the exemption. Schools claimed that liability insurance premiums would become excessively expensive, or even unavailable, once the law took effect. Rightfully so—one report prepared by a New York public investigative commission found that in about 16 percent of cases of sexual assault by schoolteachers, administrators tried to cover up the offense or delayed reporting it. This sort of conduct implicates the treble damages provision, skyrocketing the cost of legal action.

Despite resistance to the law—in part grounded in reasonable economic analysis—the legislature decided to prioritize justice over finance. The necessary resources will undoubtably be found. How the law will effect the public school system remains to be seen; it is an important issue, however, as most children require the state’s educational resources. Nevertheless, ensuring the state compensates survivors of sexual assault at the hands of its employees will fulfill the government’s moral obligation to the people.

Given the complexities of the law surrounding civil suits for injury sustained through sexual assault, experienced legal representation is important. If you are the survivor of sexual assault, regardless of when it occurred, contact the experienced attorneys at Neumann Law Group for a free consultation.