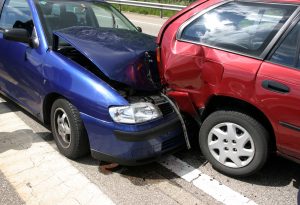 Following a major car accident, the parties usually stop to exchange information. When a California accident takes place on a busy freeway, it is especially important that the drivers move to a safe location to avoid further accidents or issues. When this does not happen and the vehicles and drivers are simply on the shoulder or obstructing the road, there could be devastating consequences.

According to a recent local news report, two drivers were killed in an early morning accident on the highway. Two drivers had gotten out of their vehicles after an initial accident had taken place between them and were on the freeway arguing when a third vehicle swerved around the stopped vehicles and hit them both. Both drivers were pronounced dead at the scene and a female passenger who also got out to argue was struck by debris from the accident and hospitalized with minor injuries. The driver of the third vehicle stayed at the scene and cooperated with the investigation. Drugs and alcohol do not appear to be involved in the accident at this time, but the collision remains under investigation.

In California, drivers are not allowed to stop, park, or leave standing any vehicles on a freeway unless there is an emergency or where stopping or standing is specifically permitted. Vehicles are only permitted to stop, park, or leave vehicles standing if it is necessary to avoid injury or damage to other individuals of property if they are engaged in construction, and if a vehicle is disabled and requiring roadside assistance.

To avoid having to stop on the side of the road following an accident and to both remain in compliance with California laws and avoid additional accidents, it is best for parties to move off the freeway to a safe roadside location such as a parking lot or gas station to further work out the details. In the event that this is not possible, it is best to contact the authorities as soon as possible so that visual flares or cones can be set up so that other drivers are put on notice and can avoid your vehicle accordingly.

In the event that your stopped, parked, or standing vehicle on a freeway is there impermissibly and causes another accident because a separate driver swerves to get out of the way, it is also important to understand California personal injury laws on this topic.

California employs pure comparative negligence laws, which can impact the total amount of compensation that parties can receive from at-fault individuals. This framework means that in California, the amount of damages you may be entitled to receive will be reduced by the amount that you are at fault for the accident.

For example, if you were in a car accident where you were rear-ended by another driver but you were also several miles over the speed limit, the court may determine that you were 10 percent at fault for the accident. If your damages add up to $10,000, your compensation would thus be reduced to $9,000 to account for the fault you contributed to the crash.

If you or someone you know was recently involved in a California car accident, contact the attorneys at the Neumann Law Group. Our lawyers are committed to justice and will provide you with the support you need to navigate your legal claim. To schedule a free consultation today, contact us at 800-525-6386.