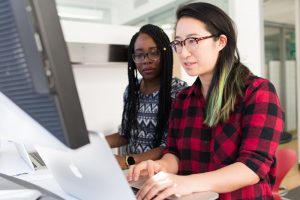 While the solution to our immigration problems—both real and imagined—may be elusive, and well beyond the scope of this blog, understanding the system in place is necessary to have a competent discussion about change. Just like any other large governmentally administered program, our migration policy arises out of laws written by the United States Congress. Prior to 1965, our immigration system was based upon quotas and was designed to favor northern and western European immigrants. That system was replaced with the passage of the Hart-Cellar Act, which created a number of categories that favor migration from individuals with existing familial or economic ties to America.

Although there are a multitude of classifications under which an immigrant can seek entrance to the United States, as a practical matter, our immigration system is based upon a handful of channels by which an immigrant can obtain a “green card”, which is an informal term referring to the card an immigrant receives when granted lawful permanent resident status.  For the vast majority of cases, an immigrant will obtain lawful permanent resident status through family, as a result of employment, for humanitarian considerations, or through the diversity lottery. These categories make up more than 95% of the total number of successful immigrants.

Two-thirds of all immigration is related to family members. The largest category allows entry of the immediate family members of individuals who are already US citizens. Immediate family is characterized as a spouse, a parent, and children under the age of 21. There are few prohibitions on this type of immigration, and there are no annual limits to the number of people permitted to enter under this category.

Family members that are not immediate relatives are eligible for entry via sponsorship as well. US citizens and permanent residents can sponsor family for entry—226,000 green cards are reserved each year for this category. U.S. citizens can sponsor adult children and siblings, while green-card holders can only sponsor their spouses and unmarried minor or adult children.

The next largest category of entry is through employment. There are 140,000 green cards available each year for immigrants in five employment-based categories. Almost all employment-based immigrants, except for those with very specialized skills or investors willing to hire US citizens, must have an employer sponsor.

There are also a number of temporary work visas, including visas for agricultural workers, seasonal works, or specialty occupations. These fluctuate with the demands of the American economy—for instance, H-2A visas for foreign agricultural workers have increased due to the reduction in available undocumented workers due to the increased border security on the Mexican border. Of course, there are also visas for those with “extraordinary ability”, providing legal status to performing artists or athletes.

The United States also permits entry to certain refugees and asylum seekers (asylees). Asylum is granted to people who are already in the country, while refugee status is provided to people who are vetted abroad before arriving in the United States. To be eligible, the immigrant must demonstrate they have experienced persecution or have a well-founded fear that they will be persecuted “on account of race, religion, nationality, membership in a particular social group, or political opinion.”

Finally, there is the controversial diversity visa—however, this category of entry only comprises 4% of the total annual immigration total. The program is designed to favor applicants from countries that are underrepresented in other routes of immigration. However, the lottery has become extremely crowded—last year over 14 million applicants were seeking one of only 50,000 spots.

When discussing immigration policy reform, the conversation usually relates to changing the routes of legal immigration in an effort to stem the number of immigrants entering the United States outside of the system by illegally crossing boarders or through overstaying their temporary visas. However, an understanding of how most immigrants enter the United States through the legal immigration system can elucidate the motivation behind both legal and illegal migrants—where there are no alternative means of entry, or where the backlog of applicants can take up to 10 years to process, some people eager or desperate to participate in the American economy, society, and way of life may choose to break the law instead of grappling with the United States Department of Homeland Security’s Citizenship and Immigration Services.