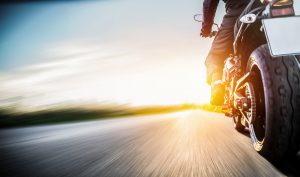 Present value is a term used to describe the current value of a future sum of money. In other words, a sum of money will not be worth the same amount today as it will be at a given point in the future. This is because of the effect of compound interest. For example, if someone promises to pay you $100 in ten years, the present value of that $100 would be discounted to the amount of money needed to yield $100 in ten years, assuming it is invested at the current interest rate. A recent California appellate decision provides clarity for litigants regarding the calculation and discount of future damages.

According to the court’s opinion, the plaintiff was injured in a California motorcycle accident caused by the defendant. The case went to trial and a jury returned a verdict of roughly $1.6 million, including $1.2 million for future lost wages and $304,000 for future medical expenses. The defendant argued that these sums should be reduced to their present value. However, because the defendant offered no evidence instructing the court what the proper discount interest rate should be, the court denied the defendant’s request. The defendant appealed.

The court explained present value as the “sum of money prudently invested at the time of judgment which will return, over the period the future damages are incurred, the gross amount of the award.” The court noted that the concept of present value “recognizes that money received after a given period is worth less than the same amount received today. This is . . . because money received today can be used to generate additional value in the interim.”

However, the court held that it is the party seeking to reduce a judgment amount (typically the defendant) who is responsible for presenting the court with evidence on how to properly discount a future award amount. Because the defendant failed to do so in this case, the lower court correctly refused to reduce the plaintiff’s award to present value.

Have You Been Injured in a California Accident?

If you or a loved one has recently been injured in a California car accident, or another type of California personal injury accident, contact the Neumann Law Group. Attorney Kelly Neumann and her team of dedicated injury lawyers aggressively pursue full compensation awards for their injured clients at every stage of litigation. To learn more about how the Neumann Law Group can help you recover for your injuries, call 800-525-6386 to schedule a free consultation today.