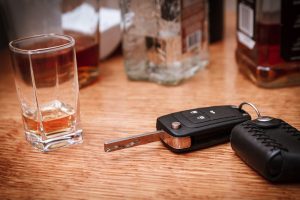 Car accidents may result in physical, financial, or emotional harm to some or all parties involved in the crash. However, accidents in which a motor vehicle operator was driving under the influence (DUI) can be particularly devastating. Because drivers are under the influence, they often lack the ability to control their vehicles, leading to significant yet entirely preventable accidents. Too often, DUI crashes lead to severe injury or death of other drivers or their passengers, who frequently are not at fault for the accident.

As a recent news article reported, a car crash involving a suspected DUI driver killed one person and injured five others. According to investigators, the driver likely veered into the incoming lane, directly colliding with a 21-year-old woman carrying four passengers. The woman died at the scene, while the passengers suffered injuries ranging from minor to serious. The suspected DUI driver was also injured in the crash. At the hospital, police arrested the driver on suspicion of driving under the influence and vehicular manslaughter for the woman’s death.

What Damages Can You Recover from a California DUI Accident?

California law allows injured persons to recover both compensatory and punitive damages. Compensatory damages can begin to help redress the losses an injured person has suffered as a result of an accident. These can include both economic and non-economic damages. Economic damages can include property damage—such as damage to a vehicle—along with medical expenses incurred from the accident, or lost wages due to an inability to work following the accident. In California, a court can infer an injured person’s loss of earning power from the nature of the injury.

Whereas California law intends compensatory damages to redress concrete losses the injured party has suffered, punitive damages are intended to punish wrongdoers for their actions and deter future wrongdoing. Under California law, punitive damages must have a reasonable relationship to the actual harm suffered by the injured person. That is, they cannot grossly exceed the harm, and they are often measured against the amount in compensatory damages awarded to the injured person.

Have You Been Injured in a California DUI Accident?

If you or a loved one has suffered injuries from a California DUI accident, contact the skilled attorneys at the Neumann Law Group. Our attorneys possess years of experience in personal injury and wrongful death cases, including DUI car accidents and other traffic accidents. Through our dedicated representation of car accident victims and their families, we will fight for the compensation you deserve. To schedule a free initial consultation, call our toll-free number at 800-525-6386. To contact our California office, call 213-277-0001.