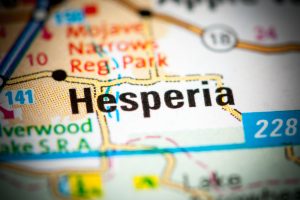 California is known for its miles of scenic roadways. As the most populated state in the U.S., California boasts 396,540 miles of roads on which thousands of drivers travel every day. Unfortunately, around 3,600 fatal crashes occur on California roads each year. Approximately 178,300 people per year suffer injuries from a California car accident. Not every road, however, has an equal number of crashes or fatalities.

How Can You Stay Safe on the Road?

If you are concerned about the high number of fatalities on California roads, you can take steps to protect your safety as a driver. First, keep your eyes on the road. A lapse in attention, no matter how innocuous it seems, could lead to a distracted driving accident. To avoid distracted driving, wait to make any calls until you arrive at your destination or can pull over safely. Additionally, avoid multitasking while you drive. For example, you can wait to eat until you are parked safely at your destination. Second, do not drink and drive. Driving under the influence places yourself, your passengers, and all other drivers on the road at serious risk of injury or death. If you need to travel while you are under the influence, ask a friend or family member to drive you or use a ridesharing service. Finally, slow down. Driving at excessive speeds can lead to a collision with another vehicle if you are not paying attention. To avoid a high-speed collision, be conscious of your speed and follow the posted speed limits on roadways and freeways.

If you or a loved one has been hurt in a California car accident, contact Neumann Law Group today. Our skilled attorneys handle car crashes, DUI accidents, traffic collisions, and many other practice areas involving California personal injury law. Through zealous representation of our clients, our attorneys have obtained millions in settlements for injured victims and their loved ones. Call our office at 800-525-6386 to schedule a free initial consultation. To contact our California office, call 213-277-0001.