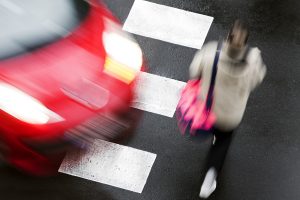 Recently, a California hit and run accident claimed the life of Mat George, a well-known podcast host. According to a news report, George was fatally hit as he was crossing an intersection on foot in Southern California. A statement from police indicated that George was walking across the street at an “unmarked crosswalk” when a white BMW hit him.

The driver of the BMW did not stop at the scene, as the law requires, and instead drove off. As of the time of the article’s publication, authorities were still looking for the hit and run driver and were offering a significant reward leading to an arrest.

Hit and run accidents are some of the most tragic traffic accidents in that they often end in very serious or even fatal injuries due to a driver’s decision to leave the scene. In many car accidents, the accident victim suffers severe injuries but may be able to recover if they receive prompt medical treatment. At the same time, often, the only other witness to a hit and run accident is the at-fault driver. Thus, if the driver leaves the scene without calling the police, the victim may languish on the side of the road unless they are fortunate enough to be noticed by a passerby.

Recovering After a Hit and Run Accident

In most cases, law enforcement will be able to identify hit and run drivers. However, even if they do not, accident victims can still pursue a claim with their own insurance company, provided they had the necessary coverage. Typically, most basic car insurance plans do not cover hit and run accidents, and you would need to purchase uninsured motorist protection in order to be covered. Even then, an insurance company will likely only offer up to the policy limit on the claim, which may pale in comparison to the actual damages suffered.

Regardless of whether a hit and run driver is identified, it is important to reach out to an experienced Southern California personal injury lawyer in the wake of a hit and run accident.

Have You Been Involved in a California Hit and Run Accident?