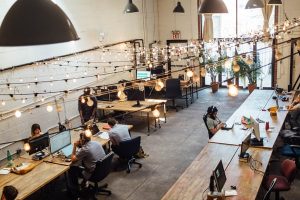 A few weeks ago, the global economy rolled forward under its own immense inertia. While concerns of an economic downturn were growing, few suspected the preceding years of expansion would end overnight . . . yet here we are. It wasn’t the business cycle; it wasn’t an overheated housing market; it wasn’t irresponsible financial products. The behemoth was struck down where it stood because workers stopped working. Over the last five weeks, over 26 million people in the United States filed for unemployment assistance. In addition to those who lost their jobs, many employees were sent home to work or are temporarily laid off. What sort of protection do these employees have when restrictions are lifted and companies call them back to the workplace?

Lawmakers are debating when and how to reopen the larger economy—some arguing for a rapid reopening designed to minimize the length of time commerce remains stagnant, while others plea for a cautious reopening focused on minimizing infection rates. Although much depends on the way government loosens the current restrictions, tension between employee safety and the desire to resume normal operations is certain to grow.

Employees may feel powerless when their employers ask them to return to work. Can an employer fire employees who are reluctant to perform certain tasks? Should an employee that suffers from a medical condition that increases the danger of the virus be forced to return upon the employer’s demand? What if a worker has been exposed to the virus during the shutdown? Can employees be required to test in order to return to work?