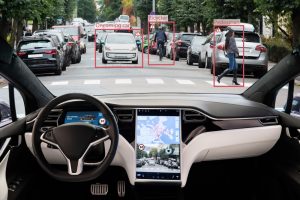 The advent of self-driving and AI-assisted driving systems has been accompanied by promises of increased driver and passenger safety, with some manufacturers suggesting that car accidents may become a relic of the past. Although self-driving vehicles offer some increased safety benefits when compared to standard vehicles, there are unique dangers to self-driving vehicles, and several people have been injured or killed by what appear to be defects or malfunctions in the self-driving function. The United States federal government is opening an investigation into one such crash involving a Tesla Model S that killed three people earlier this year in California.

According to a nationally published news report discussing the developing story, the U.S. National Highway Traffic Safety Administration opened an investigation in the May 2022 fatal accident that occurred in Newport Beach, California, and involved a Tesla vehicle that was equipped with autopilot functions. The vehicle, which contained three occupants at the time of the crash, lost control and struck a curb, eventually crashing into stationary construction equipment and killing all the occupants.

According to the news report, the Tesla driver may have been using the autopilot function when the crash occurred, and the federal government wants to determine exactly what happened. This is not the first time that a Tesla vehicle has been involved in a crash while using the autopilot function. Since these vehicles have been allowed on the road, drivers, passengers, and pedestrians have each been killed in accidents that occurred with autopilot engaged. Although the federal investigation is not intended to directly benefit or compensate the accident victims for their losses from accidents that have already occurred, the investigation might lead to administrative or legal changes that protect consumers going forward.

People who are hurt or killed in single-vehicle accidents may be entitled to financial compensation for their loss. Accident victims can consult and retain a California personal injury attorney to advocate on their behalf. In the event of a single-vehicle accident that is the fault of the driver, the bodily injury/liability portion of the driver’s insurance is intended to cover the passengers’ injuries. If a crash is the result of an equipment malfunction, any injured persons may also have a product liability claim against the companies that manufactured and marketed the dangerous vehicle or components. As self-driving cars become more commonplace, lawsuits based on the malfunction of such equipment will most likely become a normal occurrence.

Have You Been Injured in a California Tesla Crash?

If you or a loved one has been injured or killed in a California car accident that was caused by an equipment failure or malfunction, you may have a claim for damages against an insurance company, driver, or equipment manufacturer. The experienced California car accident attorneys at the Neumann Law Group are experienced in seeking all avenues of relief for our clients. With our assistance, you will be confident that your claims are being handled correctly. If you have questions about your case, contact us and schedule a free, confidential consultation today by calling 800-525-6386.