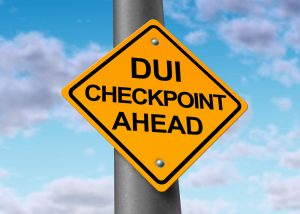 Although devastating statistics and information about drunk driving are widely available and typically widely known by individuals, crashes involving drunk driving and driving while under the influence, unfortunately, happen every day. Alcohol and drugs impair judgment, which can lead to car accidents and serious injuries. According to the National Highway Traffic Safety Administration (NHTSA), every day, about 32 people in the United States die in drunk driving crashes. This equates to about one person every 45 minutes.

Drunk driving accidents are completely preventable and start with drivers making responsible plans to avoid driving while under the influence. Individuals who plan to consume alcohol or other drugs should plan other forms of transportation that do not involve them getting behind the wheel in advance. If friends or others around an individual are aware that someone has been drinking or consuming alcohol or drugs, they should be sure to take the car keys away from the intoxicated individual and help them figure out a safe way to get home.

According to a recent article, a woman was arrested on suspicion of driving under the influence (DUI) and manslaughter after a car accident leading to one fatality. In this deadly crash in Fresno, California, a 24-year-old woman was driving at an unknown speed northbound on Marks Avenue. The crash took place shortly before 4 am. According to the article, the woman ran a stop sign and drove into the path of a truck driving at 65 mph. The 24-year-old woman suffered significant injuries and was unconscious when first responders arrived on the scene, and her passenger in the front seat died. The man driving the truck and his passenger suffered minor injuries, and a 15-year-old boy in the car was not injured.

According to the state of California’s Department of Motor Vehicles, the use of any drug which impairs your ability to drive safely is illegal for drivers of all ages. The law does not distinguish between prescription, over-the-counter, or illegal drugs. Furthermore, it is illegal for any person to operate a vehicle with a:

If you are a victim of a DUI car accident in California, you may be thinking of filing a civil lawsuit to recover damages for your injuries. In addition to intoxicated or under-the-influence drivers facing the possibility of being sued in a civil lawsuit, if the driver is convicted of DUI of either alcohol and/or drugs, and if the driver has an excessive BAC level, they may be sentenced to serve up to 6 months in jail and pay a fine between $390-$1000 for a first-time conviction. This is in addition to the possibility of their vehicle being impounded. The convicted driver will have their driving privilege suspended for 6 months while they complete a DUI program, will need to file a California Insurance Proof Certificate, and pay all fees. For car accident victims navigating complex California laws and personal injury suits, connecting with an experienced lawyer is essential.

Have You Been Injured in a Car Accident in California?

If you or someone you love has been seriously injured or killed in a car accident in California, it is time to contact the skilled and dedicated lawyer at the Neumann Law Group. Our attorneys are passionate about helping accident victims recover the damages they deserve. In addition to California drunk driving accidents, our firm handles other personal injury and wrongful death cases. Call today at 800-525-6386 to schedule a free initial consultation.