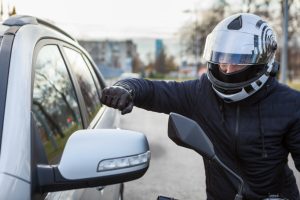 Earlier this month, a fatal motorcycle accident claimed the life of one man after an SUV crashed into him. According to a recent news report, police are currently investigating whether the collision was the result of a road rage incident that turned into a high-speed chase.

Evidently, police received a call around 9 a.m., indicating that an SUV was chasing a motorcycle in the area of Shields Avenue and Fresno Street. During the call, the caller made it seem as though it was an incident of road rage. Before police arrived on the scene, they received another call from the same are reporting a collision between a motorcycle and an SUV. Further investigation revealed that the vehicles involved in the accident were the same two described in the initial call.

Police arrested both the driver and the passenger of the SUV, who are cooperating with the investigation. However, investigators have yet to determine if the fatal motorcycle accident was motivated by road rage.

Road rage, although extremely dangerous, is actually quite common. According to a recent study, 82 percent of drivers admitted to engaging in road rage at least occasionally. It is also estimated that about half of all fatal motor vehicle accidents involve at least some form of aggressive driving, if not road rage.

Of course, drivers engaging in road rage put everyone on the road at risk. When a road-raged driver causes a collision, whether it be with their intended target or an innocent motorist or bystander, the injured party can pursue a personal injury claim against the aggressive driver. While aggressive drivers are commonly at fault in these accidents, injury victims should be prepared for the aggressive driver to claim that they too were partially at fault. 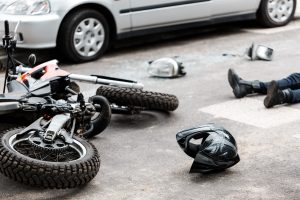 Have You Been Injured in a California Motorcycle Accident?

If you or a loved one was recently injured in a California road rage accident, reach out to the dedicated personal injury lawyers at the Neumann Law Group. At the Neumann Law Group, we have over a century of combined legal experience helping accident victims and grieving families pursue the compensation they need and deserve in the wake of a tragic accident. We can help you with every aspect of your claim, from the initial investigation to filing an insurance claim to negotiating with the insurance company to litigating your case in front of a judge or jury. To learn more about the Neumann Law Group, call 800-525-6386 today. You can also reach us through our online contact form.