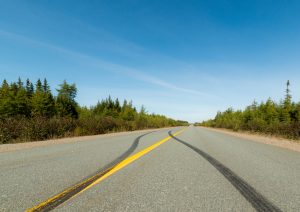 Excessive speed is a common factor in many California auto accidents. Hurried drivers often ignore posted speed limits in an effort to get to their destination quicker, in spite of the fact that speeding usually only saves seconds or minutes over the course of a trip. When combined with other dangerous conditions such as heavy traffic, low lighting or inclement weather, the dangers of speeding are multiplied. Although speeding kills hundreds of people every year, the practice is pervasive on California roads, and the results are often tragic. A recent news article discusses a fatal head-on collision that is attributed in part to one of the vehicles traveling at a high rate of speed.

Victims of California car accidents and their families are entitled to compensation for the damages and loss related to the accident. If a driver is speeding or violates other traffic laws to cause an accident, they can be held personally responsible for the injuries or deaths related to the accident. An injured party should consult with a California personal injury attorney and pursue a personal injury claim against the at-fault driver. If the at-fault driver has liability insurance (as required by law), their insurance company should be responsible for paying any amount of damages up to the limits of the policy held by the driver. If an at-fault driver does not have insurance, the uninsured motorist coverage of other drivers may cover the damages, and the driver may also be held personally accountable for the damages related to their negligence.

In the event of an accident with damages exceeding the policy limits, the underinsured motorist insurance of the other driver may pay for the excess damages. California drivers should purchase insurance with the highest policy limits they can afford. Mandatory state minimums are rarely sufficient to cover the damages relating to an accident resulting in serious injury or death, and the relatively low limits of uninsured and underinsured coverages are often insufficient to make up the difference. The best way for prudent drivers to protect themselves in the event of a collision is to purchase insurance coverage with higher policy limits.

If you or a loved one has been involved in a California car accident and been injured or killed, competent legal counsel can help ensure that the victims of the crash are properly compensated. The California car accident attorneys at the Neumann Law Group are experienced with California personal injury and wrongful death cases and will work to help you effectively pursue the compensation you deserve. To schedule a free, confidential consultation today, contact us at 800-525-6386.