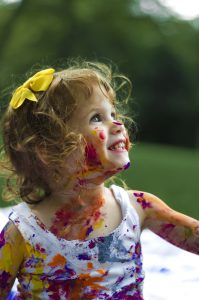 Every parent wants to provide the very best they can for their children, directly or indirectly dedicating most of their waking hours towards building a safe and happy home life, and part of the beautiful innocence of little children is their complete ignorance of their parents’ hard work and sacrifice dedicated to providing a home. The child feels safe because of the mother’s and father’s mere presence.

Sadly, we live in a world of not only childish innocence, but one of tragedy and loss. Although a parent would gladly trade places with his or her child in the event of disease or physical trauma, we are never given that choice. Yet sometimes, children do have their parents torn from them at a young age. Losing a parent at a young age is one of the most devastating life events a human can experience. Not only is there a terrible sense of loss, the child’s future is suddenly uncertain. Who will raise the child? How will they pay for the child’s needs? Will there be a family fight to determine both?

Under Michigan law, a minor that loses his or her parents will either be placed with friends or family, or in the absence of a willing caregiver, be placed into the foster care system. As parents, we do not want our bereaved children to go through any unnecessary distress or uncertainty. Consequently, it’s a parent’s responsibility to have an estate plan that nominates the children’s caretakers in the event of their death. To learn more about estate planning, you will find an article discussing the basics here.

The process of placing children is conducted in the probate court. The court will appoint a guardian and a conservator for the minor, which is sometimes the same person. The guardian has physical custody and control over the child’s legal affairs. The conservator has control over the child’s property and finances. Sometimes, as discussed below, if the parents have prepared an estate plan, there may also be a trustee who manages assets for the benefit of the child. There is substantially less judicial oversight over a trustee, however. To learn more about trusts, I explored the device in detail here.

Let’s create a hypothetical family to examine what could happen in the event of a tragic car accident. We have a mother and father, with a 4-year-old daughter. Suppose the parents both pass away in the car accident, but the child survives. The child’s only surviving family is (1) her maternal uncle, married with 2 small children, and (2) her paternal grandparents, who are in their early 50s. Now, let’s assume the deceased father had lingering resentments towards his strict parents for the way he was raised and their religious beliefs. Finally, let’s assume that the uncle is very aware of his deceased sister and brother-in-law’s feelings about the paternal grandparents. Upon the tragic accident, both the uncle and the grandparents believe they should take care of the child.

First, we can recognize that this child is very fortunate to have living family. Although the foster system is filled with loving families and dedicated workers, there are number of systemic problems and outlier individuals that create horrific situations and damaged children. Moreover, even under the best of circumstances, being stuck in the foster system will invariably inflict some wounds upon a child. Our little girl will not have to brave that system, however.

The probate court will open a proceeding to determine who should assume the roles of guardian and conservator. If the deceased parents did not have an estate plan, there will be a contest between the uncle and grandparents. Both sides believe they should care for the little girl. The court will conduct a hearing allowing each party to state why placing the child with them would be in the child’s best interests. Unfortunately, these types of contests sometimes devolve into each party disparaging one another, dragging every negative event or character flaw they can identify into the public judicial forum.

What if after considering both parties’ positions, the court appoints the grandparents as guardian and conservator of the little girl, despite the parents’ actual wishes to have the uncle raise the child?

The parents’ failure to prepare an estate plan means the grandparents will raise the little girl without their values. Not only that, but the battle for her custody may have permanently fractured what little family she has left. This could have been avoided if the parents had prepared an estate plan, nominating the uncle as guardian and conservator. The daughter would have been placed where the parents chose without a protracted battle, perhaps preserving the familial ties such that the little girl could also learn about her father and grandparents’ religious values.

This all comes with one important caveat: a parent’s nomination is not binding upon the probate court. If the nominee for guardianship and conservatorship is grossly inappropriate, the court will choose someone more fit. This does not mean the court will ignore the appointment if it believes someone else is marginally better. The court will not substitute its own judgment for that of the deceased parents. Only after the court finds the nominee objectively unsuitable will it override the nomination and evaluate other parties.

Turning back to our hypothetical family, suppose that the parents did have an estate plan, and it appointed the uncle as guardian and conservator. Now, what if the deceased mother had little personal contact with the uncle over the last few years other than holiday phone calls, and perhaps a Thanksgiving dinner. Unbeknownst to either parent, the uncle developed a gambling disorder. He severely damaged his family’s finances by draining his retirement fund, cashing out the children’s college savings, and racking up $400,000 in debt. Suppose the downward spiral forced his wife to file for divorce to protect their children, and the feelings of shame and remorse were so painful, the uncle found solace in alcohol and drugs. The probate court, upon learning of the uncle’s circumstances, could possibly find him unfit to be guardian or conservator. As a result, the court could place the child with her grandparents if they are deemed appropriate.

Stepping away from the scenario above, it should be noted that both guardianships and conservatorships are judicially monitored. A court case remains open, and the guardian or conservator (sometimes called a fiduciary) makes annual reports to the court. Judicial oversight will only end if the child is adopted. Adoption is a lengthy and complex process, and discussion of the procedure is outside the scope of this article.

The discussion above largely revolved around the appointment of a guardian and conservator. It did not address the child’s financial needs. If parents do not have any assets for their children, part of preparing would include purchasing life insurance policies for the parents. That way, upon the parents’ deaths, a trust could be funded to care for the children’s needs. Regardless of the source of funding, part of drafting an estate plan is providing a mechanism through which a child beneficiaries’ inheritance is managed until he or she reaches some specified age. Generally speaking, a child’s inheritance is placed into a trust for the benefit of that child, with limitations on how the money may be used. It will also identify the age at which the beneficiary will receive the assets without conditions, sometimes in 1/3 portions at the ages of 21, 25, and 30 years.

What is the difference between a conservator and the trustee described above? In practice, they would be one and the same if possible, although the roles are slightly different. Property held in trust is not the beneficiaries’ property. Therefore, the conservator has no control over it. Once the trustee releases funds into the beneficiary’s possession, such as a checking account, those funds are now controlled by the conservator.

In sum, the circumstances set forth above are the most pressing reason for a young couple to have an estate plan prepared. It may be sometime before the couple has accumulated a large amount of assets, making a well-planned distribution scheme necessary. But estate planning is much more than saying who gets what when you die. This article is one of four regarding different aspects of estate planning I plan on posting over the next week or two. If you have taken interest in this article, I highly suggest you read the upcoming blog regarding other important functions of an estate plan you may not yet know.

If your interest is more urgent, Neumann Law Group is always willing to discuss estate planning needs with interested parties. Feel free to call us with any questions you may have, or to set up a free consultation. We have the experience and know-how to address the estate planning needs of those from all ages and income levels.