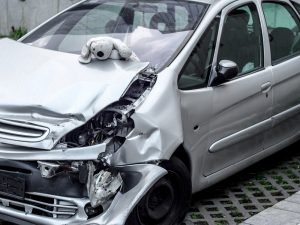 The aftermath of a car accident can be stressful for those involved. Serious accidents may result in road closures as individuals who are injured receive necessary medical attention, and as the road is cleared from any debris left from the car accident. Knowing what to do after a serious car accident is vital.

In a recent news report, a fatal and devastating car collision left two dead and multiple injuries. According to the report, the northbound I-15 freeway in Baker, California was shut down for several hours due to the crash. The accident involved at least three different vehicles which included a red compact 4-door sedan, a gray SUV, and a blue pickup truck. Two adults were found unconscious on the scene and a child was ejected from their baby seat.

When firefighters arrived on the scene, there were 7 individuals needing medical attention and 3 individuals who needed immediate attention, thus prompting them to request 3 helicopters. Unfortunately, two of the helicopters were canceled because two of the immediate patients were soon after pronounced deceased at the scene. The cause of the crash is being further investigated.

What Do Car Collision Investigations Entail?

In the aftermath of a car accident, several things happen. The police arrive at the scene and typically investigate the crash scene to recover evidence and look into what may have caused the accident. This will involve ensuring that anyone who needs and requests medical attention is provided such care. This may also involve taking photos of the scene, talking to and taking statements from any witnesses and those involved in the accident. At the time of a serious accident, police may close the road. Any vehicles that need to be towed will be taken care of. Police are expected to put all of the information they have gathered into a report that goes on file.

After being involved in a car accident, it is important to seek any medical attention that may be necessary for those involved. If possible, it can be important to move to a safe area on the road and call for help, which may include an ambulance and police. In addition, taking photos from the scene can be helpful for later insurance and civil lawsuit claims. This can include taking pictures of the vehicles involved, and any injuries you may have suffered. Getting the contact information and insurance information of all drivers involved is also important. Connect with an experienced personal injury lawyer in your state to receive further guidance in navigating complex laws.

If you or someone you love has been seriously injured or died in a California car accident, contact the Neumann Law Group today. The aftermath of a car accident Dan be stressful and devastating, but having an experienced attorney that you trust can help relieve some of the stress. Our attorneys have over 200 years of combined experience helping clients get the relief that they deserve. Call us today at 800-525-6386 to schedule a free initial consultation.