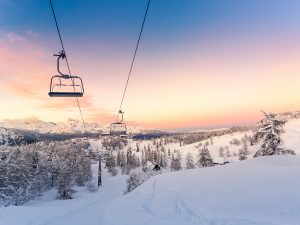 END_OF_DOCUMENT_TOKEN_TO_BE_REPLACED

Two people recently filed a California premises liability claim based on an alleged beating in the Dodger Stadium parking lot following a 2015 playoff game. The victim claims to have suffered a traumatic brain injury from the attack. The plaintiffs filed suit in L.A. Superior Court against the Dodgers and the two alleged attackers. The lawsuit claims negligence, negligent hiring, premises liability, intentional infliction of emotional distress, battery, assault, and loss of consortium. The victim’s wife claims she has lost the companionship and love of her husband since he was injured.According to court documents, the victim attended the first game of the National League Division Series on October 9, 2015 against the Mets. He is a Dodgers fan, but his cousin, also in attendance, is a Mets fan who wore a Mets hat.

The Mets won the game. The victim and his friends left the stadium at around 10 p.m. Outside, they were confronted by the assailants, who shouted vulgarities at the group. By the time the group reached the handicapped parking area, the assailants began to “brutally attack” him. One of them allegedly struck the victim in the head. Losing consciousness, he fell to the pavement. The assailants nonetheless began to kick the victim while he lay unconscious on the ground.

Despite that thousands of people were filing out of Dodger Stadium at the time of the attack, the lawsuit claims no security was present. Moreover, it took several minutes for the security to respond to the scene where the victim was attacked, even though it was very close to the stadium gates. The lawsuit alleges the Dodgers negligently failed to provide adequate lighting and security that could have prevented the attack.