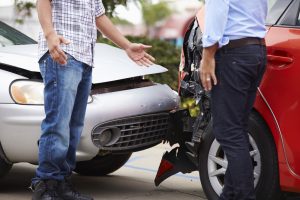 When car accidents occur on fast-moving roadways, it is important for everyone involved to stay attentive to the ongoing danger after the initial accident. Exiting a disabled vehicle and walking onto an active roadway is almost always more dangerous than staying in the vehicle and waiting for help to arrive. A recent fatal auto-pedestrian crash in California appears to have occurred after a driver exited his vehicle after a crash and was struck by another car on the highway.

According to a local news article reporting on the fatality, the crashes occurred on Highway 101, near Prunedale. A male driver was involved in a minor accident, after which he exited his car to assess the accident and call 911 when he was struck and killed by another vehicle traveling on the road. A California Highway Patrol spokesperson quoted in the article advises drivers involved in accidents to stay in their vehicle, moving the vehicle out of active traffic if possible. The driver of a disabled vehicle should also activate their hazard lights and call 911 as soon as it is safe to do so.

Determining liability for a multi-part accident such as the recently occurring one noted in the article may not be a simple process. The person responsible for the initial accident that disabled the first vehicle may not be responsible for the death of the driver, as there was an intervening cause to him getting hit as a pedestrian on the highway. A driver who strikes a pedestrian on the highway may or may not be liable for any injuries caused by a crash. Liability for injuries or deaths caused by a series of accidents generally hinges on whether a person was acting negligently and whether that negligence caused the injury.

Negligence law in California is based on the theory of comparative negligence. This means that a negligent person who is injured or killed by someone else who was also acting negligently can recover the amount of damages based upon the degree of the other’s negligence compared to their own. Under this legal theory, someone who negligently exited their car to walk on a freeway may be able to recover damages from someone who hit them if the other driver was also behaving negligently. With this legal theory in effect, several parties, including the injured party, may share in the fault for an injury. Because of this, obtaining full compensation for an injury or death can be an arduous process.

If you or someone you love has been injured or killed in a California auto accident, the qualified and knowledgeable car accident attorneys at the Neumann Law Group can help you obtain compensation from the liable parties. Our dedicated lawyers and staff can advise you and represent your claim, even seeking damages through the courts if necessary. Our team understands the ins and outs of California tort law, and you can be confident that we will do all we can to get you the compensation that you deserve. To schedule a free, confidential consultation today, contact us at 800-525-6386.